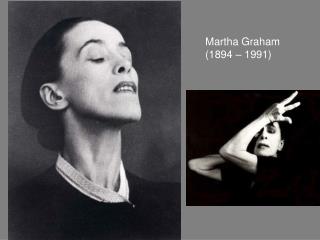 Martha Graham (1894 – 1991). Graham was far from the first dancer to rip off her toe shoes and break with the rigid conventions of 19th century ballet. America in the 1910s and '20s was full of young women