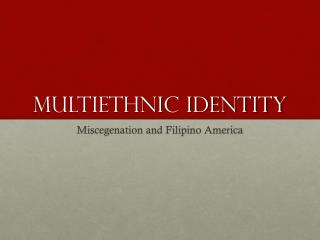 Creative Branding and Identity Design - Branding is an important aspect for any business. the key to successful business

Identity Theft??? - . the fact remains that the division of safety &amp; buildings has not lost its “identity” as

Why this topic? - Race and racial identity as influences on school achievement jacquelynne eccles university of michigan

AFRICA and its identity through KWANZAA - . kwanzaa is celebrated mainly in america by the african americans to honour