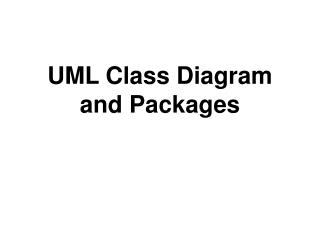 UML Class Diagram and Packages. What is a Class Diagram?. A class diagram describes the types of objects in the system and the various kinds of static relationships that exist among them A graphical representation of a static view on static elements

Chem 108: Lab Week 9 - . sign in confer with partners from last week &amp; week before. do: alcohol distillation to