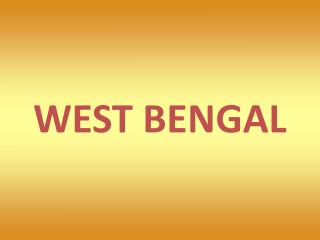 ICT INTERVENTIONS FOR IMPROVING IMPLEMENTATION OF NREGA IN WEST BENGAL - . the ict interventions include improved

Bengal Tigers - . by ahmad asif. table of contents. what do bengal tigers look like like? where do they live? why are

Details of presentation - Digitization of cadastral maps, its integration with computerized r-o-r data and launching of