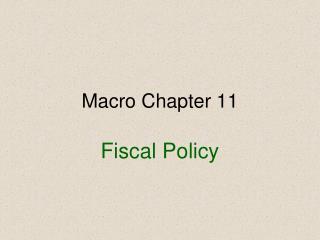 Macro Chapter 11 . Fiscal Policy. Quick Review #1. Answer: E . Quick Review #2. If higher US interest rates cause foreign demand for the dollar to increase, which of the following will occur to the international value of the dollar and to US exports?