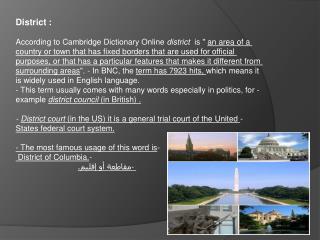 All About Parish Nursing - . add your name and church. what is parish nursing. where does it sit in the wider healthcare

DISTRICT PROFILE - . rivers in the district and its sub basins. list of major &amp; medium irrigation project in the

SB 142, Roll Call 46. January 27, 2014 - These legislators decided not to give hoosier families the chance for affordable

ROWE SCHOOL DISTRICT 2012 STATE OF THE DISTRICT ADDRESS - . presented by: michael a. buoniconti superintendent of schools

A Brief on (C-DAP) for Purnea District - . comprehensive district agriculture plan. prepared by bihar institute of