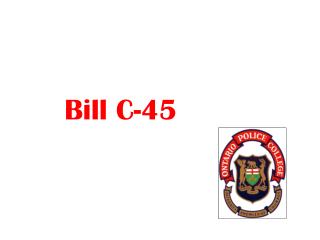 Bill C-45. Historical Overview. This legislation comes in response to the death of twenty-six miners in the Westray Mine Disaster in Nova Scotia in 1992. Despite strong pressure from the victim’s families and their union, the province was unable to prosecute those in charge Preamble to the Georgia Constitution

The Portfolios Committee’s Public Hearings and the Department’s initial set of proposed amendments to the NEM: Air

Making a Marketplace: A Checklist for Online Disruption - On november 13, 2012, bill gurley, a partner at benchmark