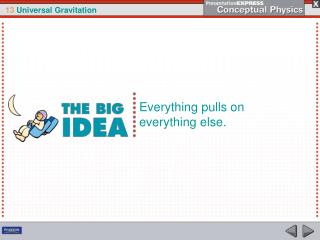 Everything pulls on everything else. Gravity was not discovered by Isaac Newton. What Newton discovered, prompted by a falling apple, was that gravity is a universal force—that it is not unique to Earth, as others of his time assumed. 13.1 The Falling Apple. The Muscular System - . muscle attachment sites. muscle exerts force on tendons, which in turn pull on bones or other

Data-Driven Decision Making - . homeroom. what is homeroom ?. a data management system that pulls information from

Resource Acquisition and Transport in Vascular Plants (Ch. 36) - . water and minerals are absorbed by the roots

Pushes and Pulls - . for ijso training course. content. what are forces? measurement of a force daily life examples of

Jeopardy - . answer. any force on an object causes it to change this. question. what is: its motion. answer. the name of

Sewing Tools - . needle(s). has an eye or hole at one end the other end is sharp pulls thread through the fabric sewing

Using Construction Fasteners and Hardware - . fasteners. fasteners used to hold the parts of a project together nails,

Ch 13 Gravitational Interactions - . newton did not discover gravity. he discovered that gravity is universal . - it

12.3.12 newton’s 1st Law - . objective : the student will investigate and describe applications of newton’s law of