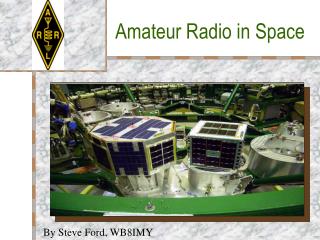 Amateur Radio in Space. By Steve Ford, WB8IMY. Overview. Amateurs have been building satellites since the earliest days of space travel. These satellites are known as “OSCARs”—Orbiting Satellite Carrying Amateur Radio.