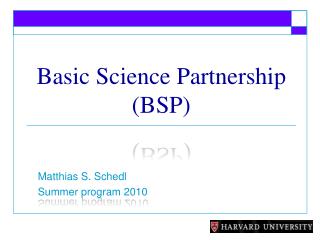 Science Olympiad - . a journey into the study of science!. not limited to the exceptional student!. the purpose is to

Science in the News - . the hope partnership is funded by a science education partnership award from the national center