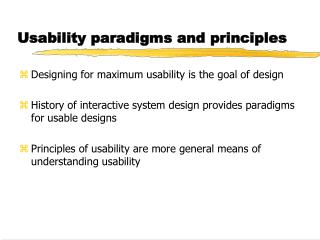 Principles of Two Dimensional Design - . the principles of composition. unity and variety balance weight and gravity

The Principles of Design - . principles of design. the rules that govern how the artists organize the elements of art. Making Markets work for the Poor (M4P) - . dfid’s experience. structure of this presentation. what m4p is and why it