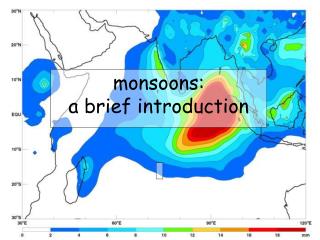 monsoons: a brief introduction. Not quite an ordinary day in monsoon land!. A. C. D. B. what is a monsoon. Monsoon is a climatological feature covering roughly half the tropics (1/4 of the global surface)