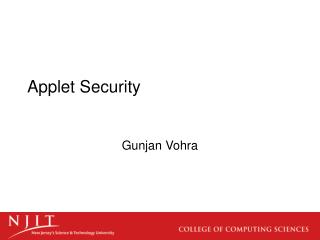 Applet: - . an applet is a java program that is transmitted over the network from the server to client &amp; executed

Applet Architecture And Applet Class - . presented by: judy a pasi ibansara warlapih jesson d thangkhiew. what is an

Applet Link - . http://www.d.umn.edu/~ jgallian/msproject06/chap8.html#chap8ex5. an introduction to the rsa public-key

Applet s - . motivations. when browsing the web, you frequently see the graphical user interface and animation

Applet Example - . applets and applications. an applet is a java program that runs on a web page applets can be run

Applet class - . the applet class provides the essential framework that enables applets to be run by a web browser applet