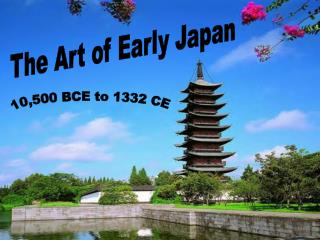 The Art of Early Japan. 10,500 BCE to 1332 CE. Map of Japan The Japanese islands are very close to China and Korea. Many of the ideas and traditions of these countries were adopted by Japan. Especially Buddhism!!. The Jomon Period ( ca. 10,500 – 300 BCE ). Japan’s earliest distinct culture Early Buddhist Architecture in Japan - . i. some basic values in east asian urbanism influence the design of many

Edo Japan: A Society - . chapter 14. locking out the world. in the early 1500’s, japan had welcomed portuguese traders

Chapter 11 - . the eastern asian rimlands: early japan, korea, and vietnam. japan land of the rising sun. japan is an