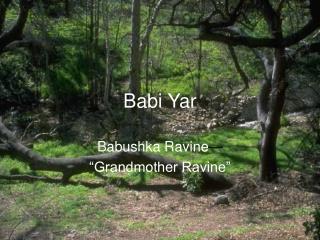 Bellringer - . read the article on adolf hitler. then write a reader response journal : include at least one quote

Final Solution - . &quot;in a world of absurdity, we must invent reason...&quot;  elie wiessel. how could

“Nobody is forgotten and nothing is forgotten” - . memorializing the great patriotic war at mamayev hill (battle of

Genocide geno – meaning race cide – meaning killing - The word genocide was coined in the midst of the holocaust.

The New Order and the Holocaust - . chapter 16.3. anti -semitism this is the term given to political, social and economic

Introduction to the Holocaust - . 1933-1938 marginalization and discrimination you cannot live among us as jews

The Holocaust - . “those who cannot remember the past are condemned to repeat it…”. what was the