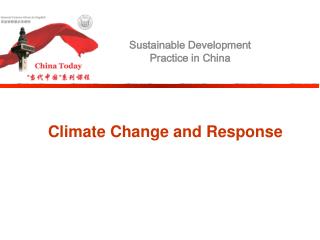 Sustainable Development Practice in China. Climate Change and Response. Climate change is unequivocal; Impacts in China; Responsibility and burden sharing China is a developing country Efforts made in China for mitigation Towards adaptation Summary. According to IPCC report AR4:. Clouds and Climate: Cloud Response to Climate Change - . soeei3410 ken carslaw. lecture 5 of a series of 5 on clouds and

A proposed response to climate change

Climate and Climate Change - . climate. climate is the average weather conditions in an area over a long period of