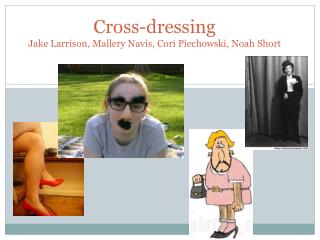 Cross-dressing Jake Larrison, Mallery Navis , Cori Piechowski , Noah Short. What is Crossdressing ?. Crossdresser , Transvestite or Transgendered Person are terms used to describe a person who regularly takes on the appearance of the opposite sex in order to satisfy a deep personal need. I know a lot about Norse myths - . by linden. table of contents. 1. opening 2.gods 3.characters of norse myths