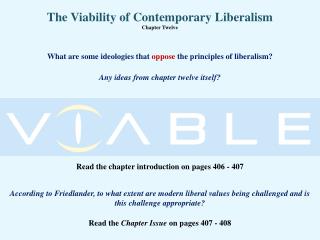 What are some ideologies that oppose the principles of liberalism? Any ideas from chapter twelve itself?. The Viability of Contemporary Liberalism Chapter Twelve. Read the chapter introduction on pages 406 - 407. Reporting for Control - . chapter twelve. learning objectives. after studying this chapter, you should be able to:. 1.

LAW OF THE TWELVE TABLES - . by brett a. shapbell. what are the twelve tables?. earliest attempt by the romans to create

The Twelve Apostles of Jesus Christ - . tune of &quot;bringing in the