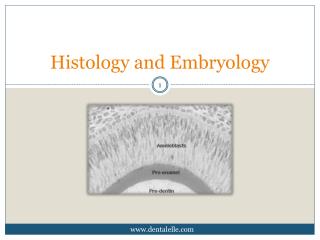 The necessary introduction to histology - . or what is the composition of the living matter?. doc. mudr. marie

Histology - . histology is the study of the tissues of the body and how these tissues are arranged to constitute organs

Histology - . the microscopic study of tissue. it is important to know the structure and function of tissues in order to

Chapter 21 General Embryology - . ---a science which study the processes and regulations of development of human

GENERAL EMBRYOLOGY - . gastrulation notochord formation. learning objectives. to learn about the process of