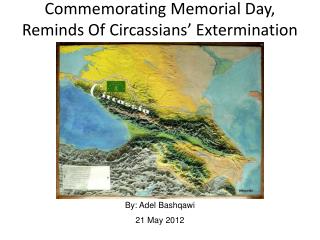 Commemorating Memorial Day, Reminds Of Circassians ’ Extermination. By: Adel Bashqawi 21 May 2012. Day of Loyalty to Circassia, the Circassian Memorial Day.

Memorial at sea - Family travel to the site where over 300 people, 250 of them students, died after the ferry they where

IN MEMORIAM - . the north carolina federation of the national active and retired federal employees association celebrates

Brinson Memorial Elementary School’s Vision - Thank you for all that you have done! congratulations on a fantastic