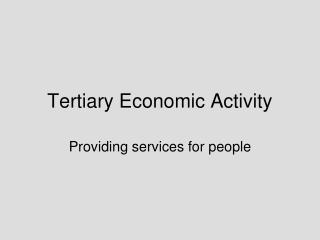 International Economic Activity - . basic look at interaction with the rest of the world. when we talk about interactions