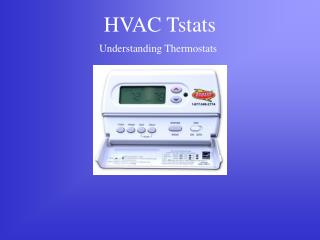 An Introduction to HVAC HVAC 101 - . a/c and heating components. combination of many components if linked properly,

Cpt 11 HVAC Inspection and Diagnosis - . objectives. after studying chapter 11, the reader should be able to: inspect an

THERMOSTAT TO BLAME FOR ACâ€™S SUBPAR COOLING? - Homeowners are often quick to blame their air conditioner if their