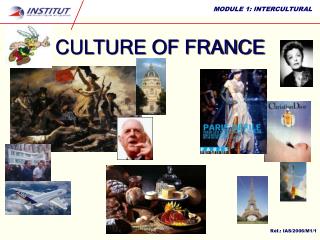 FRANCE - . political culture, political recruitment and political socialization . some relevant history. one of the

Fleur - The culture of france. fleur. what is culture?. the word culture comes from the latin word cultura meaning “to

Fleur - The culture of france. fleur. what is culture?. the word culture comes from the latin word cultura meaning “to

Culture Capture Dining in France - . year 10. sequence of a french meal. order these dishes starting from 1 (start) to