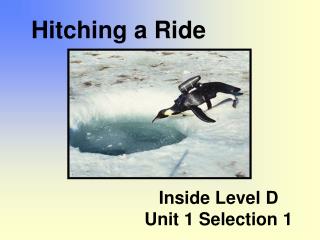 Unit 1 Vocabulary Level A - . apparel. (n) clothing, that which serves as dress or decoration; (v) to put clothes on,

Level E Unit 1 Vocabulary - . adulturate. definition: (v.) to corrupt, make worse by the addition of something of lesser

Science Unit D Chapter 1 - . the solar system. lesson 1. what are stars and planets ?. a group of stars that form a star

Vocabulary Level H Unit 1 - . a djunct – (n) an assistant or helper ( adj ) attached to a vaculty or staff in an

Level 1 - . give one pro and con for the following business organizations… sole-proprietorship corporation partnership

LEVEL 1 - . all powerpoints in one. indicators. what is it and why do we need them?. are we changing anything?. how can

Level 1 - . t his level is about a boy named billy whose life was run by electronics. then realizes that what he is doing