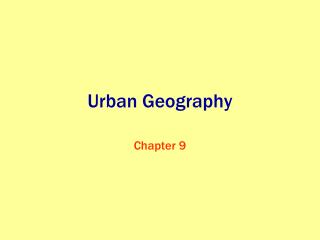 Urban Geography. Chapter 9. Key Question:. When and Why did People Start Living in Cities?. Cities. City – a conglomeration of people and buildings clustered together to serve as a center of politics, culture, and economics. Urban:

THE 5 THEMES OF GEOGRAPHY - . defining geography. what is geography?. geography is the study of the earth and the way

THE ROARING TWENTIES - . life &amp; culture in america in the 1920s. what are the differences between urban and