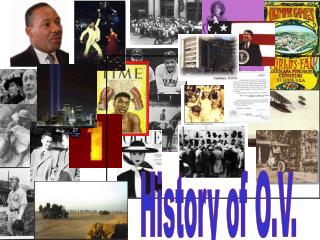 History of O.V. SUMMARY. Our classroom, Room 204 from Olympic View Elementary School worked on a project that included many different phases of learning. In the end, we came up with the entire history of Olympic View!

Studying the History of New Hampshire - . topic suggestions arranged by focus and by era in a quick reference chart.