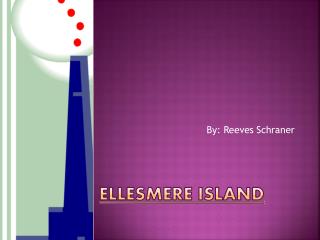 Ellesmere Island. By: Reeves Schraner. Background Knowledge. Ellesmere Island is Canada’s third largest island its area is 196,236km sq. The population of the island is under 200 people, though occasionally people scientists or students may travel there to study Sears Island…My Island - . by: darcy west. going camping. my eyes immediately popped open and i sprung from my bed like

Island - . an animated and narrated glossary of terms used in linguistics presents. movement in syntax. movement is used

Island - . grace o. jack g. ,erin. what is an island. an island is any piece of sub-continental land. an is in a river or

Canadian Landform Regions - . landforms. -&gt; landforms are the topography , or natural features, of the land's

Kazhi Island Russia - . lake onega is the second largest lake in europe, it covers 3,757 square miles and has 1,000

LANDFORM REGIONS IN CANADA - . classroom notes and review. 1. what is a region?. an area that has similar