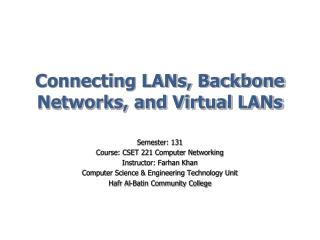 Understanding Virtual LANs - . agenda. what is a vlan? how does it work? vlan technologies. constraints of shared lans.

Wireless LANs - . overview. what is wireless? the term wireless refers to telecommunication technology, in which radio