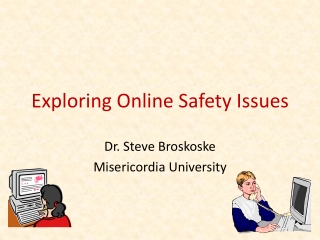 Safety Issues - . use of encs in ecdis. weakness in the enc. safety items by using enc electronic nautical chart:

Spruce Run Exploring Safety - . poison ivy and poison oak. &quot;leaves of three, leave them be“. what to look for.

Support for Avast antivirus online Safety Issues - Hey, guys! you longer have to compromise on the privacy the best

Exploring issues around e-portfolios - . s.aiken@kingston.ac.uk. icebreaker. find a partner – someone new to you! you