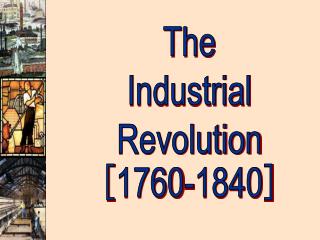 The Industrial Revolution [ 1760-1840 ]. Why Did Industrialization Begin in England First?. The Continental movement and the British Agricultural Revolution made food production more efficient and less labor-intensive, Textile Industry and Development of Factories During the Industrial Revolution: As poet William Blake described:

CAUSES OF THE INDUSTRIAL REVOLUTION IN ENGLAND - . england/british empire the purple slides have your answers .