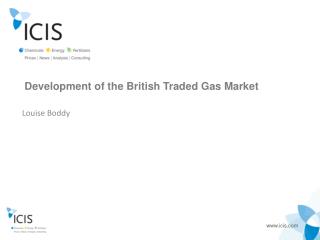 Development of the British Traded Gas Market. Louise Boddy. Contents. Introduction to ICIS Hub Development: US and British experience Market development: UK gas vs UK power NBP price drivers Where does the NBP trade? Trends on other European trading hubs. Who we are. Ch.7 Price-Taking Market - What is a market? market( 市場) is a system governed by a set of rules or customs( 習俗)

How the market gives us what we want – even if we are irrational - British academy keynes lecture 2010: robert