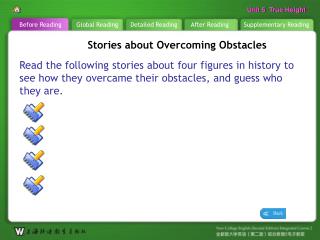 B R _ Stories about Overcoming Obstacles1 B R _ Stories about Overcoming Obstacles1

Overcoming the Five Dysfunctions of a Team - . a review of the field guide by patrick lencioni. objectives. students who

Achievement in America: The Numbers and the Stories They Tell - . daria hall &amp; brooke haycock, the education

Folk Tales - . stories of a people. folk tales are stories that teach a lesson and are passed down orally to each