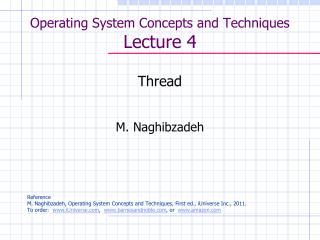 History of Operating Systems: Change! - . one view of change: typical academic computer in 1981 and 2006. history of

Operating Systems - . introduction. what we have. a layer of software called the operating system windows, linux,