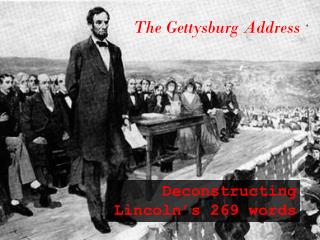 Analysis of the Gettysburg Address

An analysis of the presentation style used by Abraham Lincoln in his famous speech at Gettysburg during the American civil war.

Analysis of the Gettysburg Address

IP Addresses - . nete0510 presented by dr.apichan kanjanavapastit. introduction. the identifier used in the ip layer of

Personal Learning Plan - My name. personal learning plan. about me. name my friends call me i was born on. my past.