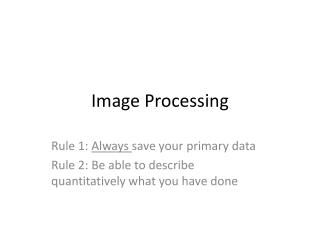 Image Processing - . image processing. once we have an image in a digital form we can process it in the computer . we