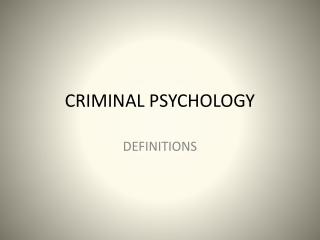 CRIMINAL PSYCHOLOGY. DEFINITIONS. CRIME. Societies define crime as the breach of one or more rules or laws for which some governing authority or force may ultimately prescribe a punishment .

Sociology of Deviance and crime