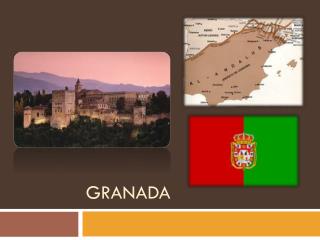 Granada. Where is Granada?. Andalusia Which Mountains are beside Granada? Granada is situated at the bottom of the Sierra Nevada mountains Is it beside the coast? It takes one hour to get to the coast from Granada. (The Mediterranean) . Population. Granada - . history. granada was originally known as ilbyr during the time it was settled by its original native tribes.

Granada in Spain - . the city of granada and the university of