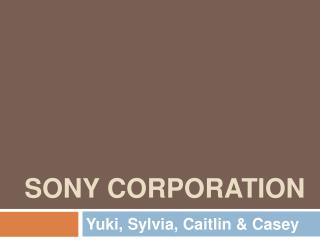 SONY - Like.no.other. sony. tranquility is yours when you strap on the world's first headphones with digital technology

Sony University - . “ we all learn we all teach ”. sony university mission statement vision. seek out and nurture