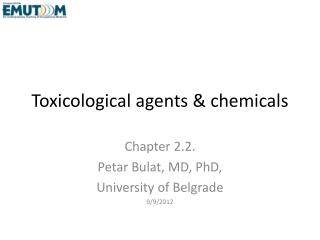 ANTIMICROBIAL AGENTS - . fundamental principle of chemotherapy is the use of chemicals to treat

How Chemicals Harm the Earth - . mary buron // chem 1a // prof. kimball. however, there is also a drawback for using