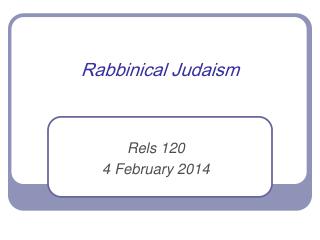 Rabbinical Judaism. Rels 120 4 February 2014. Group Spiritual Activity. The Spiritual Practice of Justice Share with your table group – update others with what you decided to do, what it was like for you, and what you learned about justice and about yourself. Temple worship in Jerusalem.