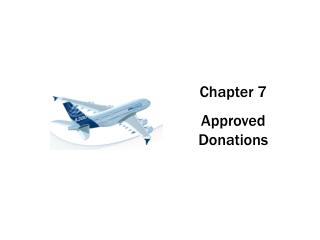 Online Donations - . sara atkinson haworth cat rescue. why does my charity need a web presence?. the website should be a

Corporate Donations - . your donations. help change lives. literacy is…. the ability to read, write, and speak. the

clothing donations - Donating is free and easy in gladstone, oregon! the vietnam veterans of america needs your