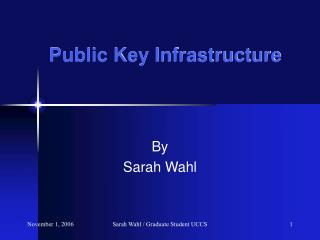 Public Key Infrastructure. By Sarah Wahl. What is PKI?. An arrangement that provides for trusted third party vetting of, and vouching for, user identities