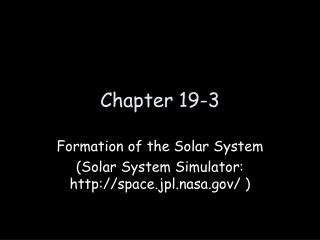 Chapter 19-3. Formation of the Solar System (Solar System Simulator: http://space.jpl.nasa.gov/ ). Successful models in science. Must account for and make sense of observations. Do we Have a Viable Theory?. It must be