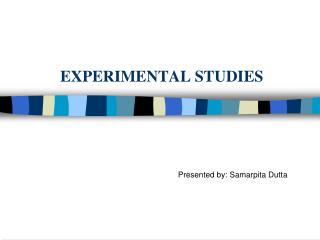 Experimental vs. Causal-Comparative Studies - . topic 3. experimental study. study where treatments are given to observe