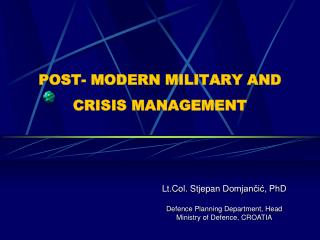 Modern Military Clothing - Fashion is a style of living. everyone wants to look different and better as compared to

Post Modern Youth - . a look a post-modernist perspective and its views on youth sub-culture. theoretical re-cap.