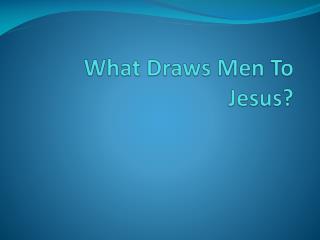 What Draws Men To Jesus? What Draws Men To Jesus?

Jesus and the Will of God - . what does it mean to “follow in the steps of jesus?”. we could look at the specific

Prepare to Meet Your God! - . the deity of jesus christ. jesus is god. jesus pre-existed his physical birth: jesus

Enthusiastic Church – In the Name of Jesus - .  in the story of the healing of the paralytic we see the followers of