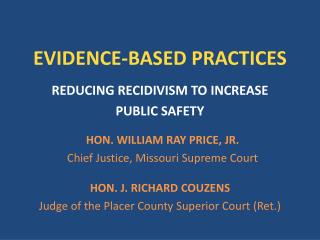 Evidence -Based Practice - . a new approach of teaching the practice of management. eric barends, cebma – denise

Evidence Based Treatment of Amblyopia in 2005 - . what we have learnt from the pediatric eye disease investigator group