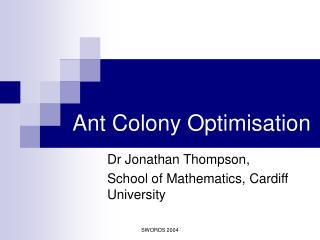 MANAGING CONVEYOR LIFE - . what is a conveyor types of conveyor maintenance of conveyor optimisation techniques.

Mail Network Optimisation Project - . introduction of the project to the unions. july 15, 2010. explaining the project