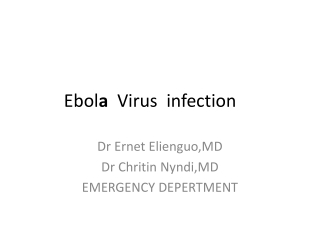 Virus Infection - . major responses of plants and animals to virus infections the scientific basis for prevention and

The zika virus infection - Do you have any idea what is zika? in the starting, you might not have any particular idea

Hepatitis C Virus (HCV) Infection - . the liver. what is my liver?. your liver is a large and important organ in your

Infection and Immunity of virus - . what does a pathogen have to do?. infect (infest) a host reproduce (replicate) itself

A. Overview of diagnostic methods of virus infection - . in general, diagnostic tests can be grouped into 3 categories.: