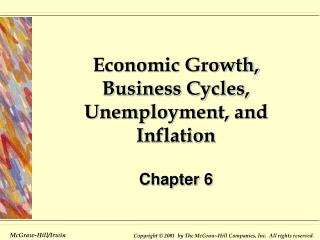 Topic 7: Money and Inflation (chapter 4) - . in this chapter you will learn. the classical theory of inflation causes